Last week, Frido and I had a chance to take a short trip to the town of Dessau, about 4 hours train ride from Hamburg. What's in Dessau? Bauhaus!!! Bauhaus school was there between 1925 to 1932. In this city, revolutionary ideas to create objects that had unity of art and technology was practiced. Before visiting Bauhaus in Dessau, I thought of "Bauhaus" as a style of design that embodied clean edges, precision in parts, modern silhouette..., etc. After listening to the exhibit guide, I slowly began to understand that those aesthetics was the result of Bauhaus way of thinking which focused on hands-on making as well as training and perfecting in a specific trade category to translate the skill to industrial artifacts. Oh, and all the amazing artists/designers who taught and studied there and made a significant impact on the world we know today.

The best part of visiting Bauhaus in Dessau was to stay in their original school dormitory. Yes. It is slightly retrofitted to be accommodation for guests now but original balcony's look and feel still intact in each room, it was hard not to feel the creative energy spilling over from the space. I felt the sense of connection to the students who used to live, create, party, and even argue about art and design in the space where we were and brought back my personal memory of design school years.

Aside from taking tours, Frido and I hang out at their outside cafe a lot, marveling the architecture of Bauhaus building. We also split a little while because he wanted to see another museum and I wanted to sit and paint. I could easily have stayed for another day, studying Bauhaus building designed by Walter Gropius (the founder of Bauhaus) and meditate on the past, current, and future.

Learning more about Bauhaus has been interesting. Because it is one of Frido's inspiration and he designs a lot for BK along with me, Baum-kuchen is in many ways influenced/inspired by Bauhaus. I am interested in continuing to search for this sweet spot where Bauhaus meets wabi-sabi. 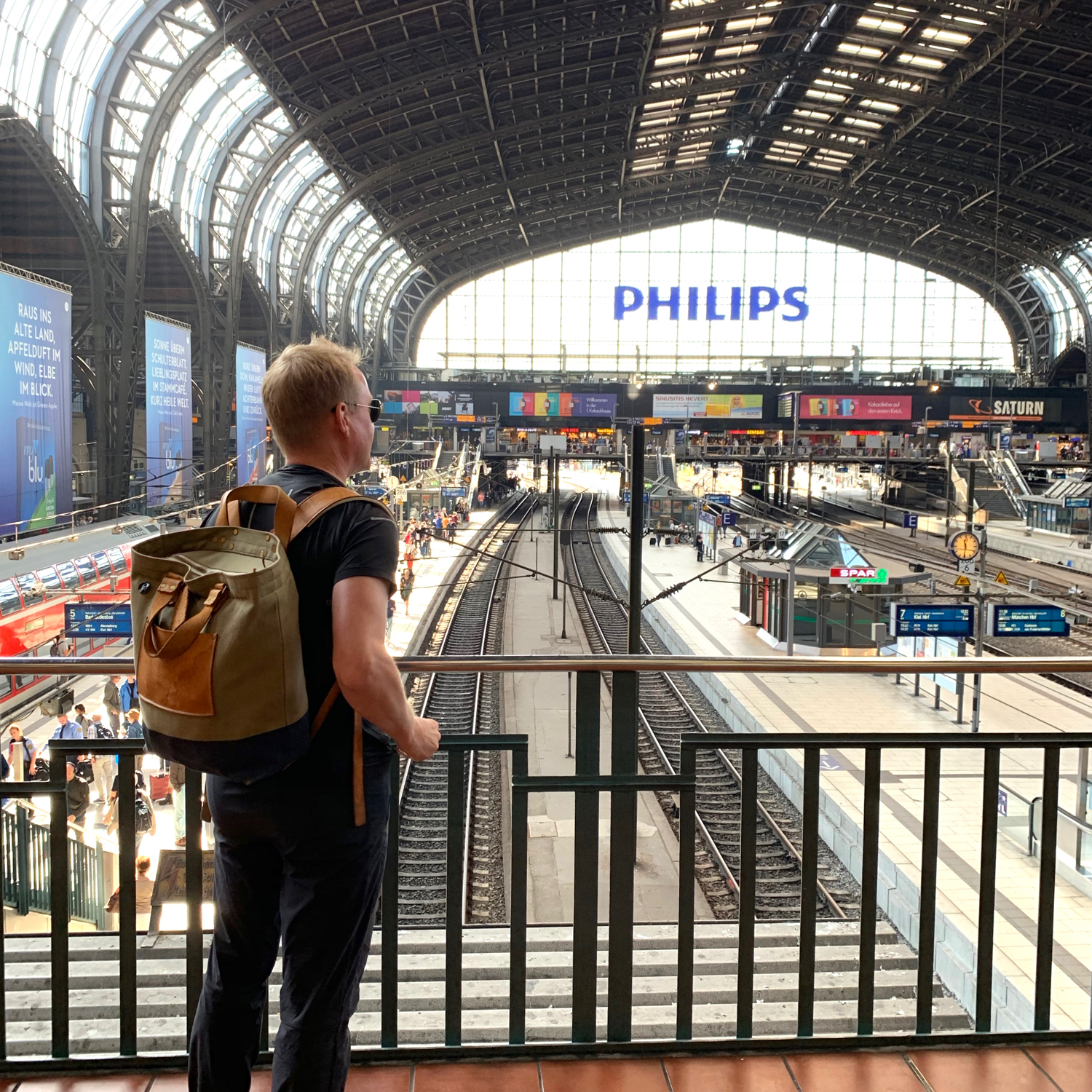 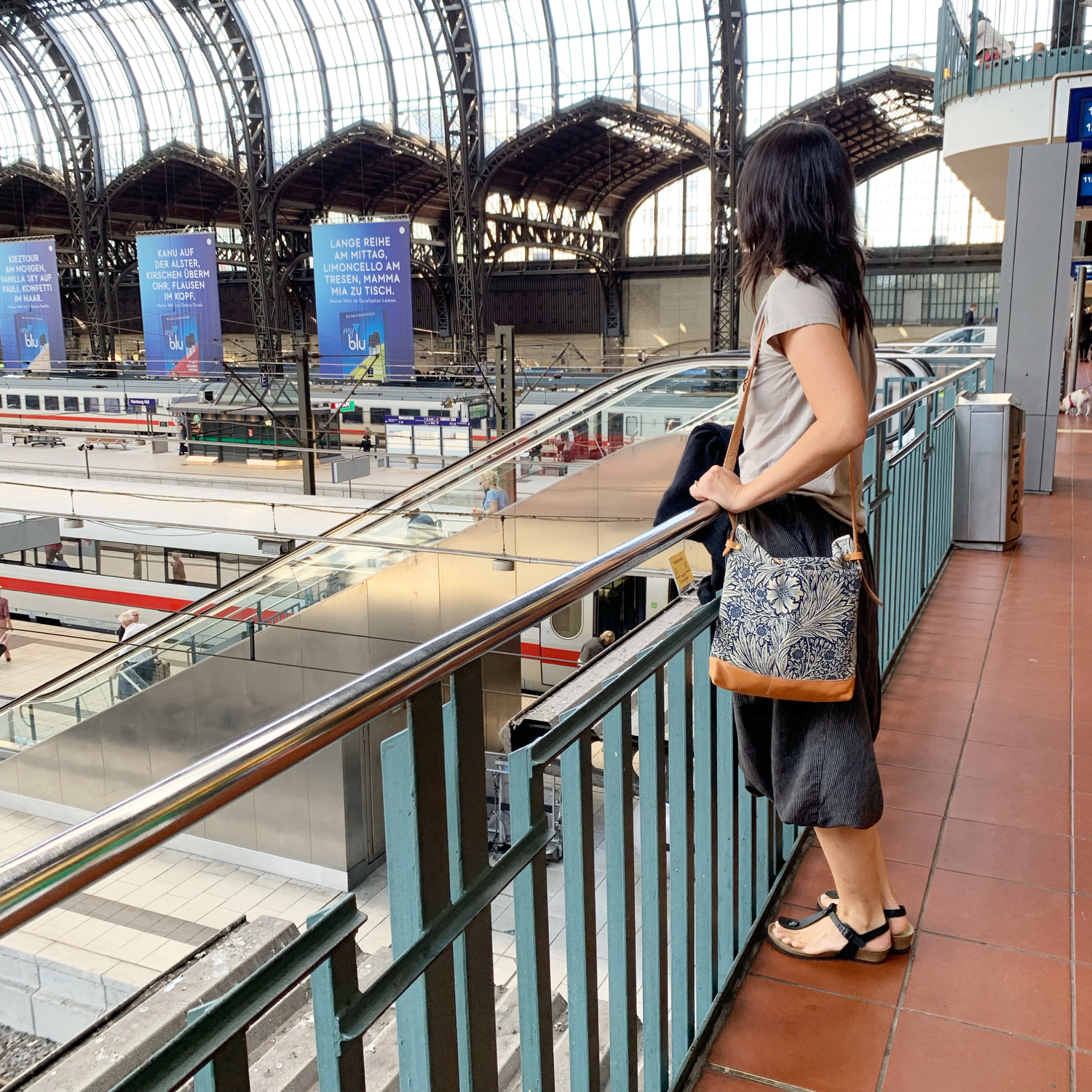 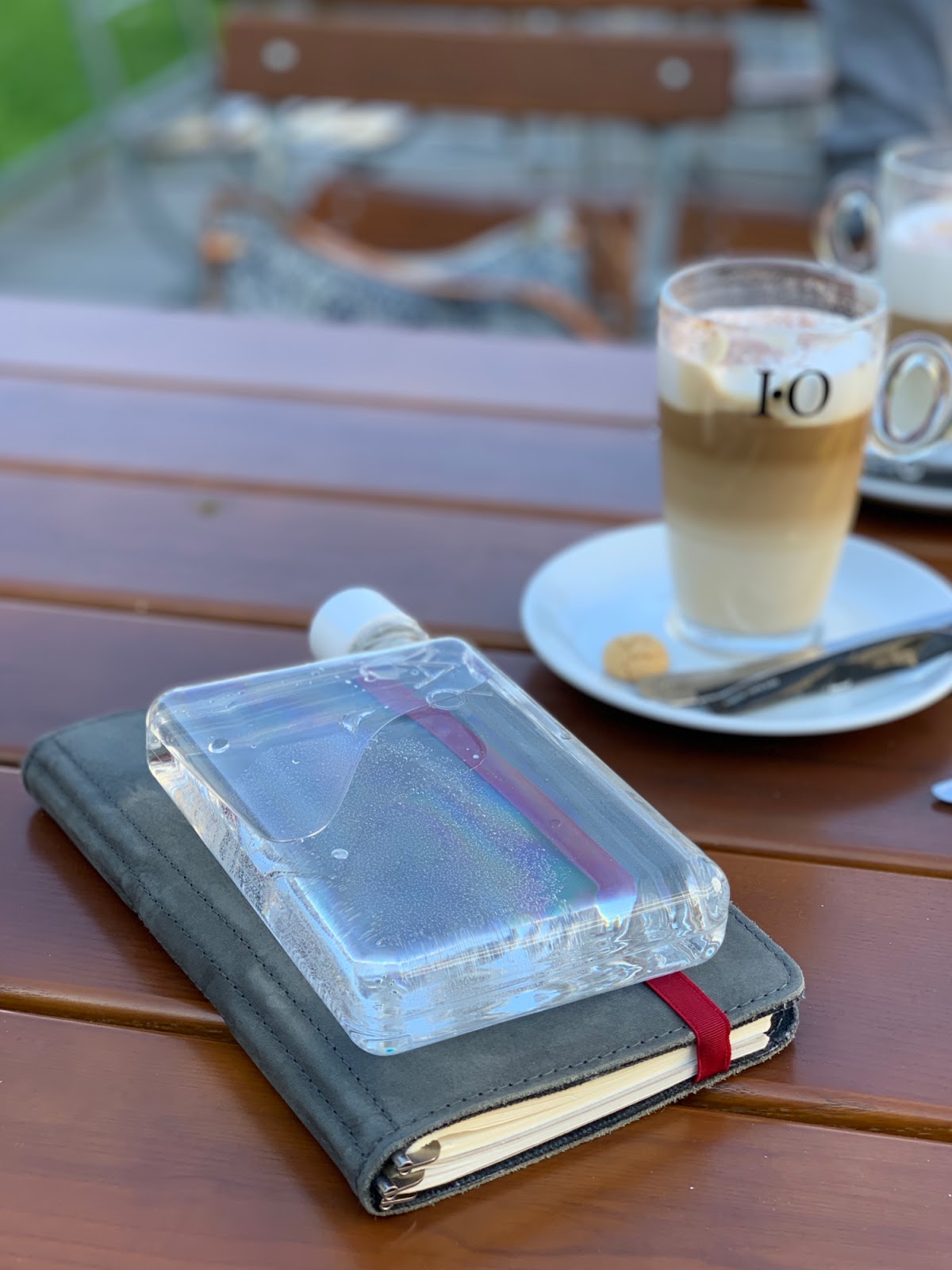 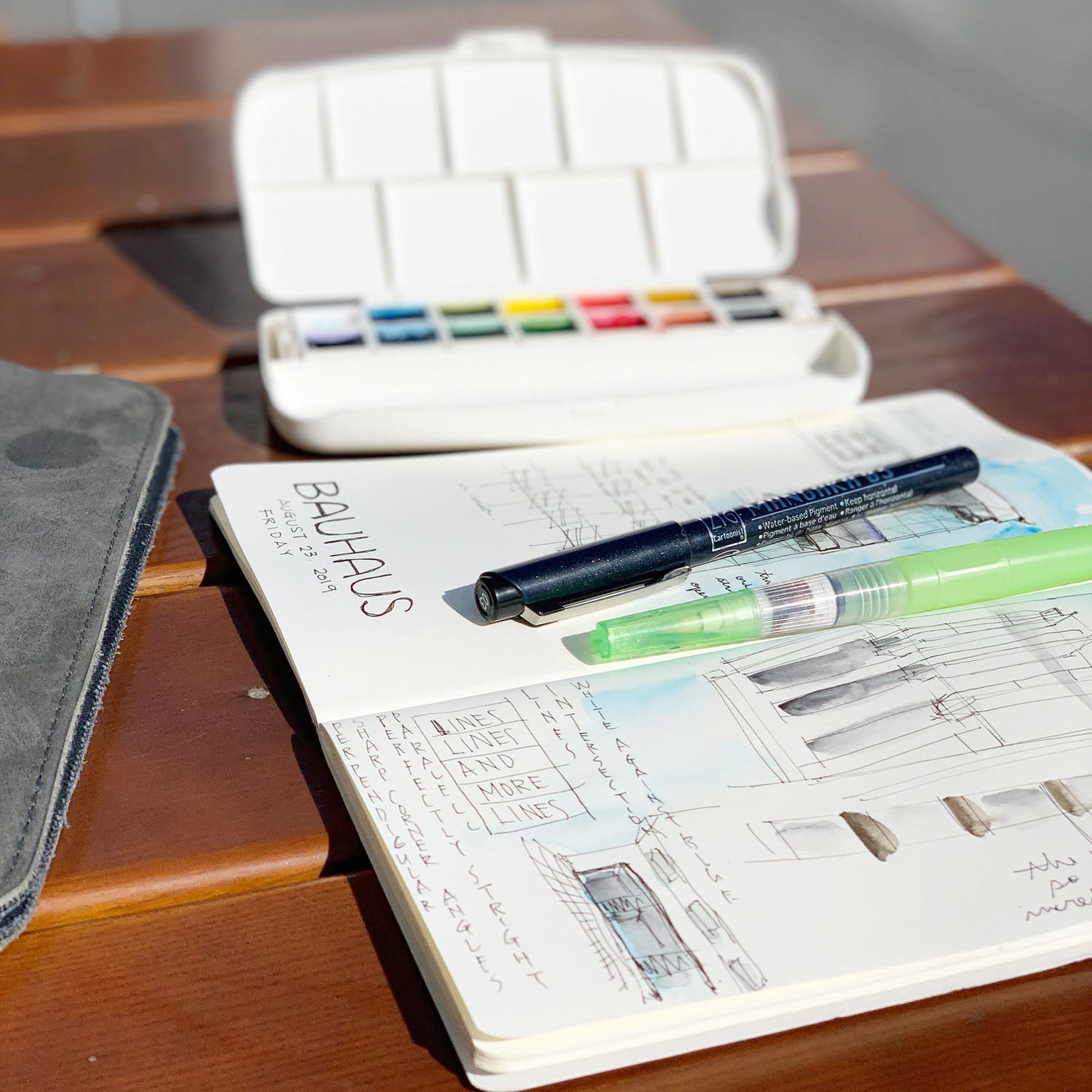 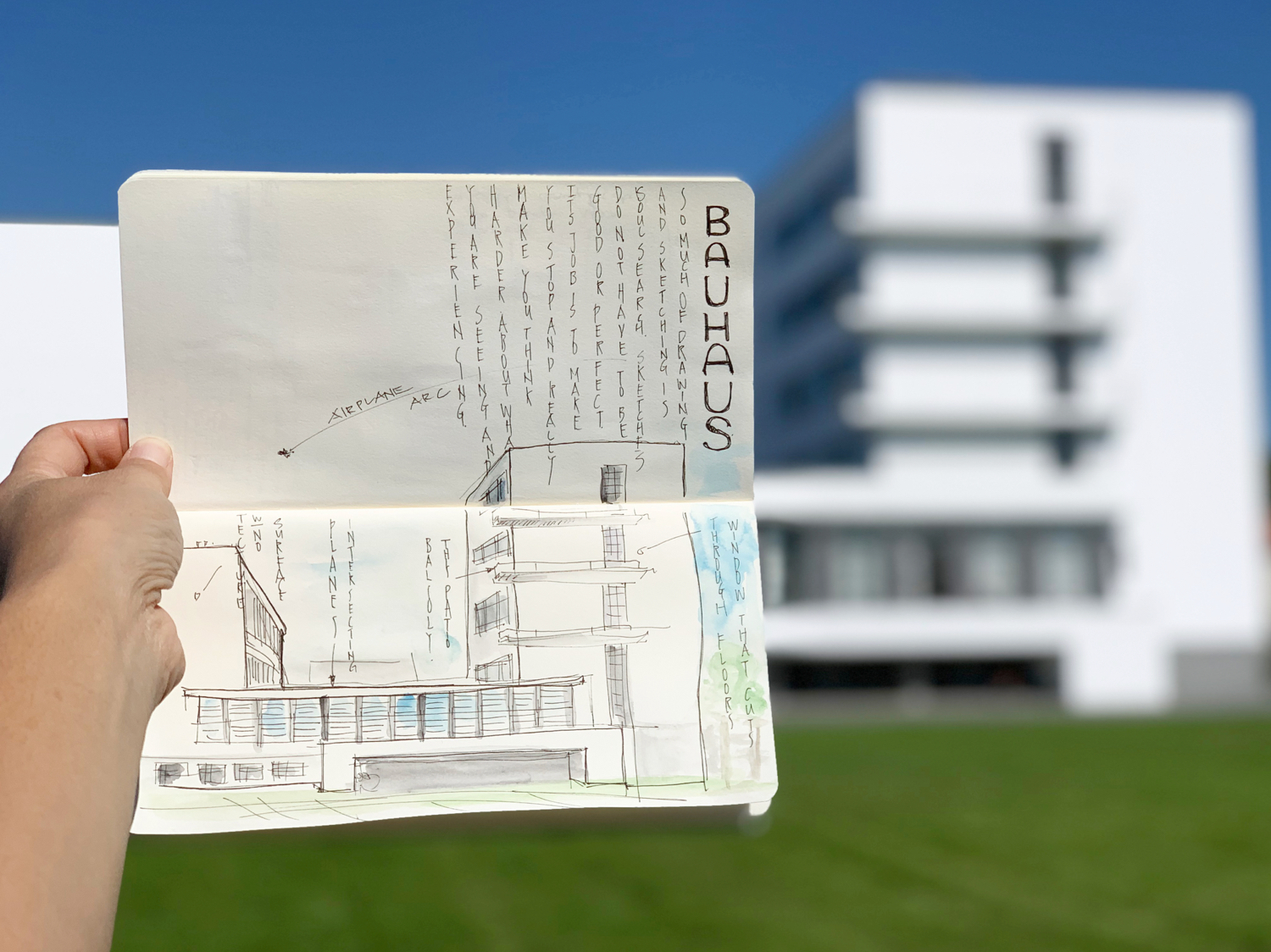 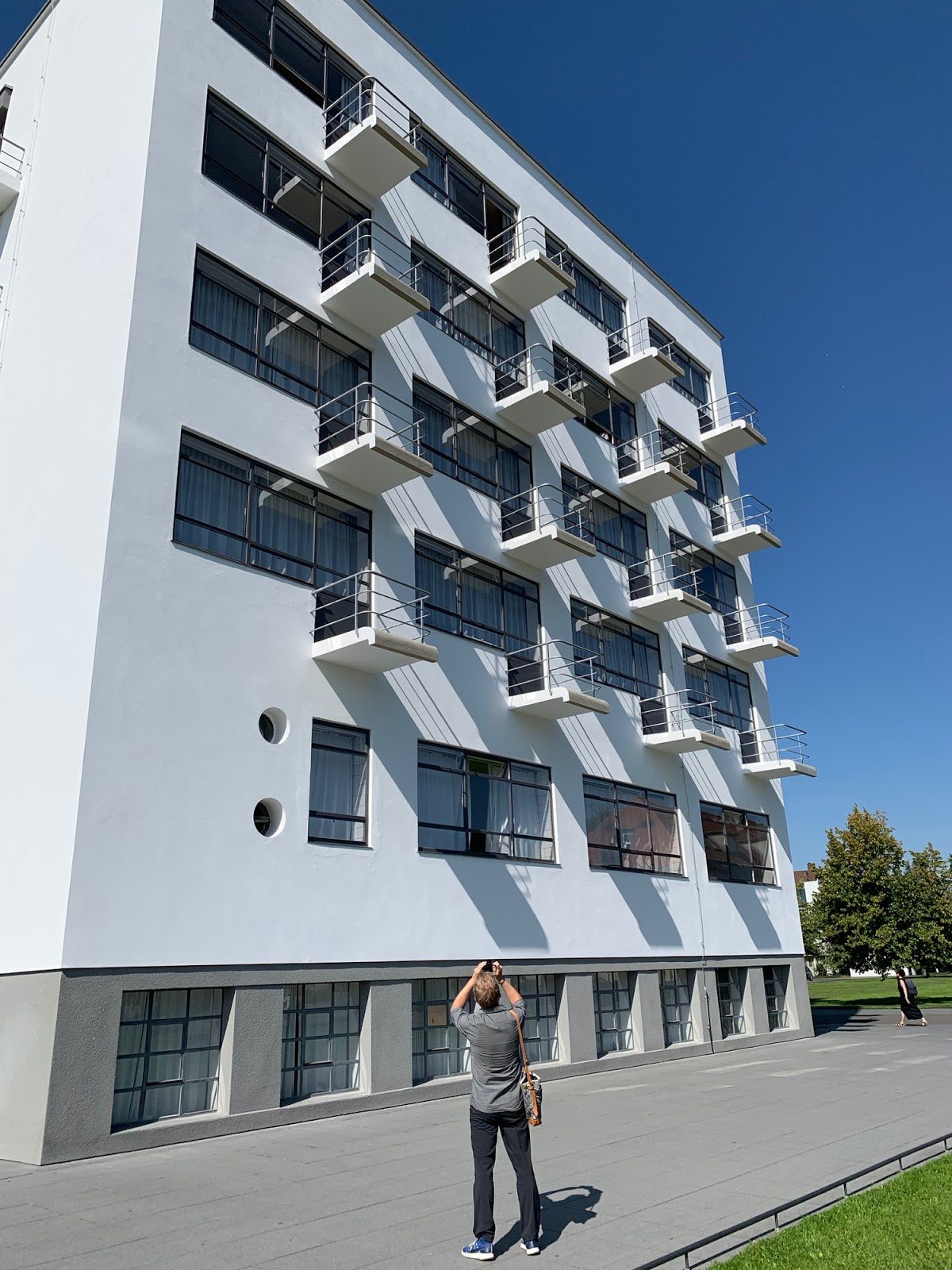 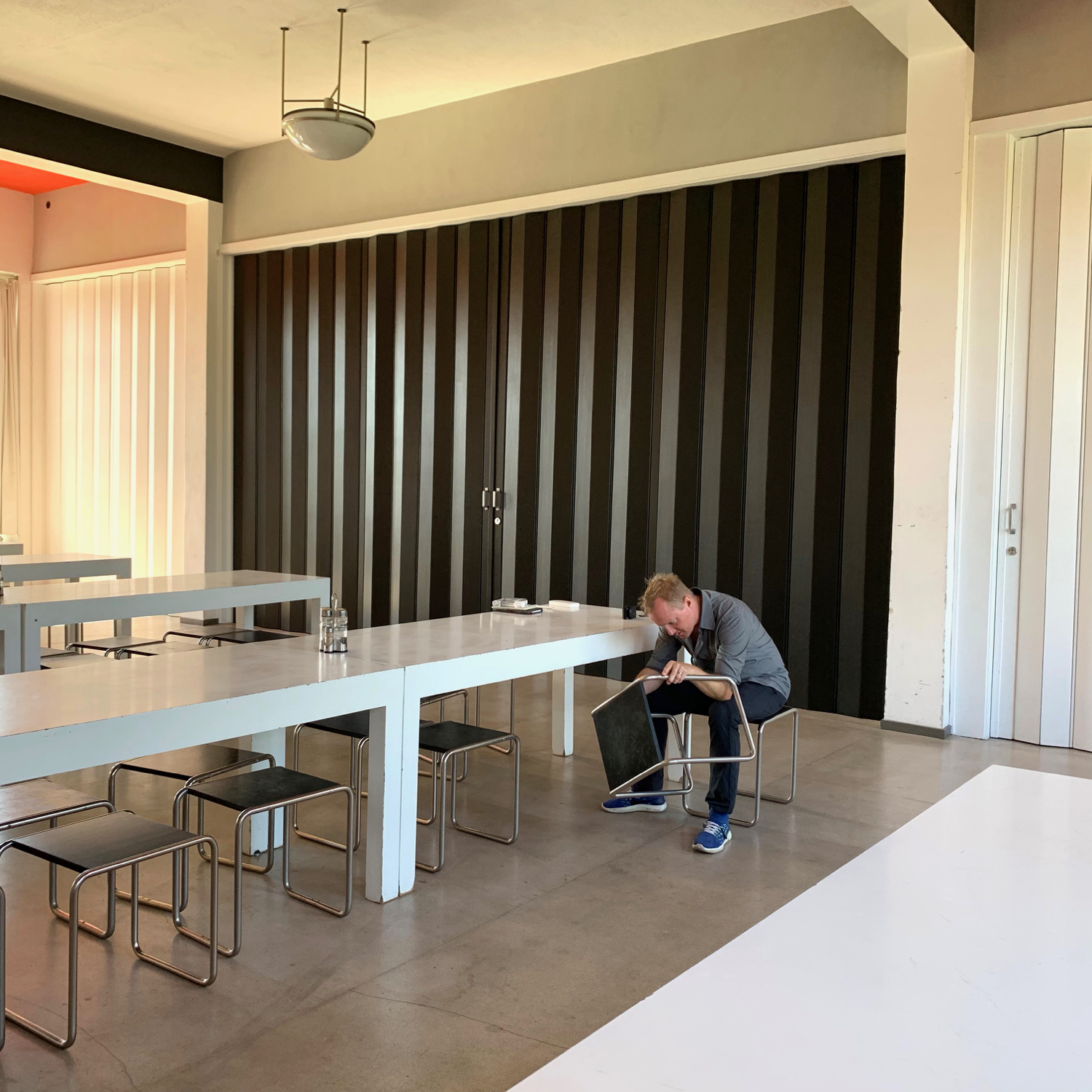 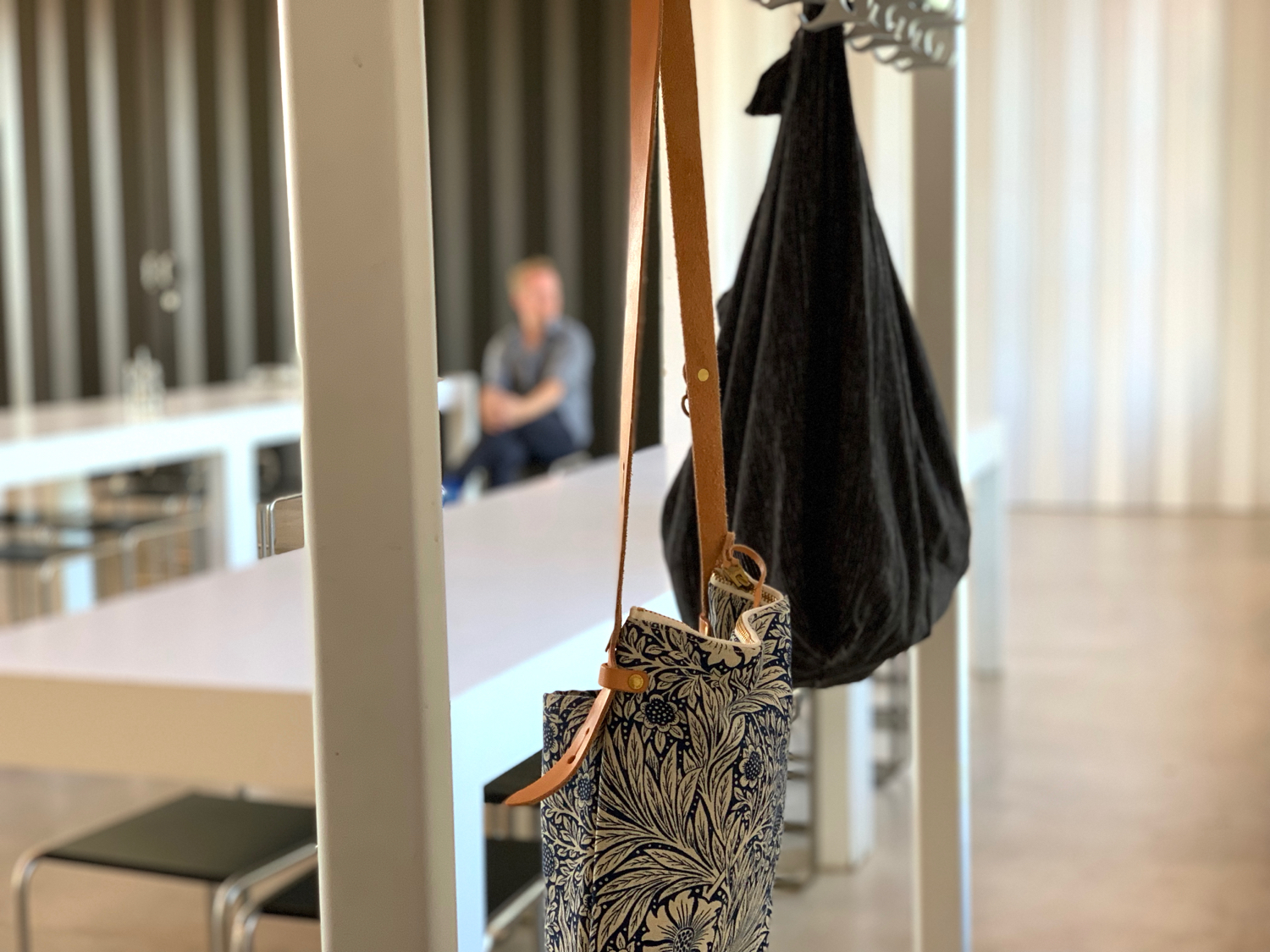